Painting is my Religion 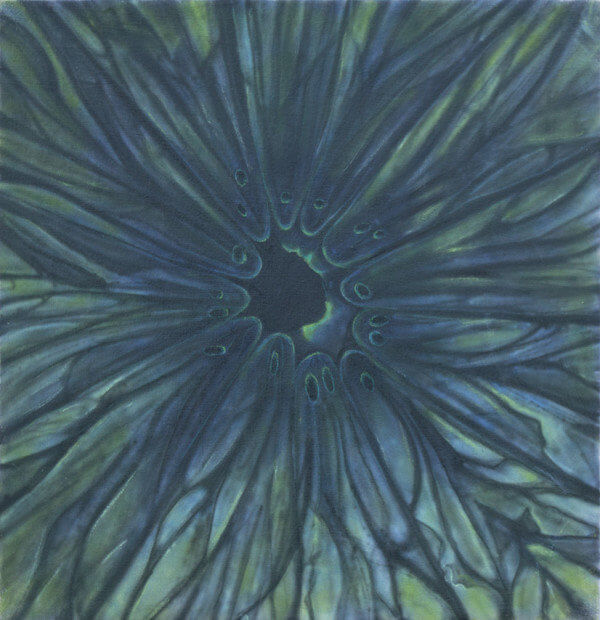 To know one's spiritual "other" exists, is in direct contradiction to belief, belief is blind. Plato defines belief as the opposite of knowledge.

The consistencies in the development of spirituality, can be explained via the consistencies in human biology. We are chemical bags existing in a world made of “stuff”. Like chemical bags, people react similar under similar environmental circumstances. I find it interesting that during the NeoLithic era, poly-theism with a focus on nature was abundant. After societies passed the first agricultural revolution, we lost the structured forms of worship that comfort us with the unknown forces of nature.

Attempting to understand our own emotions, is the equivalent of attempting to understand mathematics without numbers, or time that is not linear. Spirituality is the lack of understanding of our own emotions. It’s our reaction to what we feel, and our inability to put what we feel into words. It is the difference between what exists, and how we perceive it. It is our pre-disposed psychological need to feel in control of our own destinies, to feel like we have a greater purpose in life, and to make us feel comfortable with the idea of death. Spirituality is the question that begets the answer.

It's the shadows on a wall in a cave.

Jung once said, that the purpose of the religion is control, but not in the conspiracy sense of the word, but rather as a form of self-control. A ritual, is a series of actions, set into motion in a prescribed order. What is a religion other than a series of rituals? The ritual act is self-inflicted, and the actions themselves help prepare the individual to enter a spiritual state of mind. A ritual could be the way one wakes up in the morning, or the routine that one performs before bed. It could be the way you clean your dishes, or what days of the week that you go to church, or the prayers that people say before consuming food. A ritual is a repetitive act, the goal of which is to provide some sense of structure, discipline, and to enforce the idea of purpose.

Thus, I create Art as an act of spirituality in its’ purest form. The act of painting is a repetitive task which helps me enter a state of mind. It provides me with a greater sense of purpose. A distraction from the mundane tasks of life. It allows me to feel like I'm devoted to something greater than myself. Everything I do; can be justified for the act of painting. Everything I say; is for the act of painting. It was never my goal, to do anything but paint. When I feel lost and confused, I can always resort back to painting. Achieving something in painting is like a life journey, and endless goal that I’ll never ever reach. I'm like a line approaching zero towards infinity. Painting is my Religion.